Private Dancer - A novel about love, betrayal and death in Bangkok, Thailand by Stephen Leather.

A must read for every foreigner if he contemplates a serious relationship with a Thai woman.

A particularly must read if he met said woman in

• in a similar establishment

It is fiction yet I am sure similar stories happen.

Extract from Cross-Cultural Issues of Prostitution in Thailand

This is by Professor Bruno Mayer.

Estimates vary as to the number of prostitutes in Thailand.

The general consensus appears to be that at any time there are between 300,000 and one million women engaged in the activity, which has been illegal in the country since 1960.

It is difficult to ascertain a more definite number as there is a high degree of transience in the activity, with girls moving into prostitution for a short time as and when they require money.

A high proportion come from the north east of Thailand, the region known as Isaan, forced from their villages by a depressed labour market and low wages. 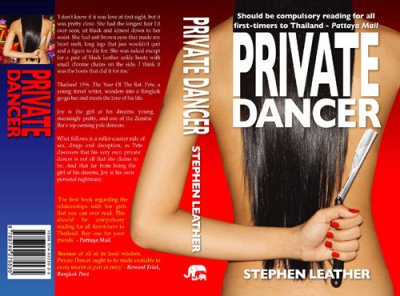 Download The 1st Part of This Ebook For Free

Many come to the capital, Bangkok, in search of work, often in the hope of supporting their families back in Isarn.

But many find that employment prospects in the city are not much better than at home. Prostitution offers relatively large amounts of money, particularly for those women who are able to work with tourists.

The girls who work in the farang bars are in effect the elite of the country's prostitutes. Their standard of English is generally better than that of the girls who service the Thai clientele, and because they are paid more for each sexual encounter, they tend not to have as many clients.

A prostitute in a Thai massage parlour or bar could service as many as a dozen men in a day. A girl in a go-go bar might only go with one or two men a week, or perhaps even latch on to a particular customer who would pay her bar fine for the length of his stay in Thailand.

The girls become a temporary girlfriend, where the line between prostitution and holiday romance becomes blurred. The girls very quickly become adept at convincing the men they meet that the encounter is more than just a pecuniary one, that they care about them and not just the money they give.

Obviously, the girls do not arrive in the city with the necessary skills to begin working with foreigners. These have to be acquired, and there is a learning process which can take several months.

The older girls instruct the new intake in how to apply Western-style make-up, how to dress in a manner deemed to be attractive to Westerners, and enough basic English to be able to converse with foreigners. Those girls who are not able to acquire the necessary skills either return to their villages, or, more likely, seek employment in the massage parlours, cocktail lounges and karaoke bars frequented by a Thai clientele.

Return to TOP of Private Dancer